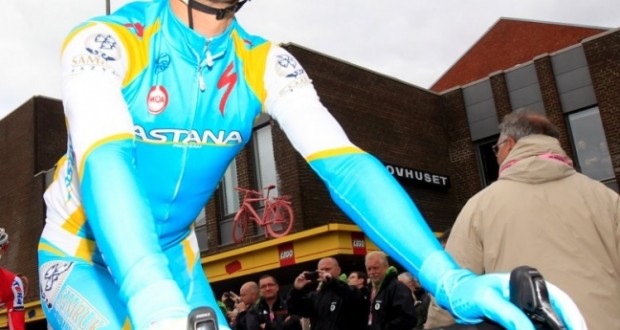 Criterium not a stage finale option for a Grand Tour

Having taken a shower the riders moved to the Billunda airport from where they flew off to Verona. “Then a bus took us to a hotel. We, the riders, can´t complain about the transfer but other members of the team had to cope with a much more difficult ordeal as they had to drive from Denmark to Italy,” Roman said.“It was another crazy day marked with nervousness in the pack and a small criterium in the finale. Those three final laps were really dangerous and in my opinion, this sort of  finale shouldn’t be included in Grand Tours. We were risking going around corners and I was afraid that the riders would crash but I  hoped that we would make it to the finish. Unfortunately, that didn’t happen and somebody took Gasparotto down but luckily, he wasn’t injured,” Roman added. “Phinney came out much worse, they say that a spoke was sticking out of his ankle,” said the Astana leader.Tomorrow the riders are going to enjoy a rest day. “I would be happier if the rest day came later because then we are going to race 12 days in a row but there is nothing I can do, the conditions are the same for everybody. Tomorrow we are going to check out the course of the team time trial,” Roman outlined his tomorrow´s schedule.3rd stage Horsens-Horsens (190 km): 1. Goss (Aus) 4:20:53, 2. Haedo (Arg), 3. Farrar (USA), 4. Demare (Fra), 5. Renshaw (Aus), 6. Hushovd (Nor), … 33. Roman Kreuziger (Cze/Astana)Overall: 1. Phinney (USA) 9:24:31, 2. Thomas (GBr) +9, 3. Rasmussen (Den) +13, 4. Boaro (Ita) +15, 5. Navardauskas (Ltu) +18, 6. Larsson (Swe) +22, … 31. Roman Kreuziger +36.