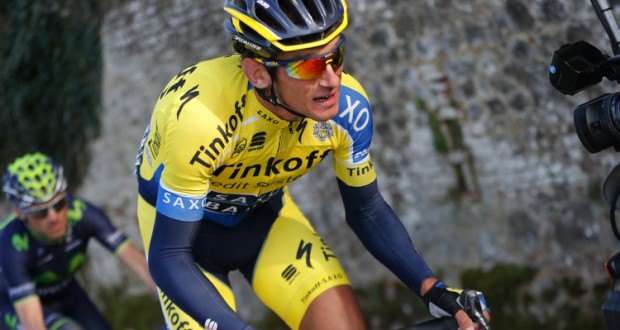 Despite crash seventh in Liege

Roman showed one of his strongest performances at the 100th edition of the Classic Liege-Bastogne-Liege. Despite his crash after 160km of racing he managed to come across and fight for the best positions until the very last moments. At the end of the day, he had to settle for a respectable 7th place. The Australian champion Simon Gerrans took the win in a bunch sprint.

“Unfortunately, I got tangled in a crash before the Cote de Wanne climb. I couldn´t have avoided it. About ten people were involved and I fell head first and bumped both of my elbows. I don´t even know how it all happened …Even the sole of my shoe got scratched and I had to swap my bike. But thanks to my teammates I was one of the luckiest who succeeded in getting back across. I wasn´t feeling quite good at that moment but because the speed slackened off on the following two climbs I managed to bounce back,” described Roman.

After all, the race was not decided on either of those climbs. Roman rode aggressively in the finale but he was out of luck as nobody was interested in working together with him. “It was a pity. The aggressive riding didn´t pay off today, the strongest teams had the race fully in their hands,” admitted Roman.

He made a move on the final ascent but the others just followed him. “When Dan Martin attacked, Bjarne Riis told me through the radio to give it full gas and ride as if it were a time trial. It was probably the last chance to figure something out. However, there was a strong headwind coming in the final hundred meters and I couldn´t have done better,” said Roman not long after he crossed the finish line.

“I am not very happy with the result but, compared to last year, I moved up a place. What I´m content with is my condition because it has improved since the Basque Tour. I believe that the crash will not have serious consequences. As for my training, I will take it easy during the next week and then I will start gearing up towards other races,” he revealed.

2014-04-29
Ondřej Vobora
Previous: Eighth place at Fleche Wallone and happy about Rogers
Next: Enjoying our little girl and practicing as planned