Home » News » Our goal is to help Alberto win 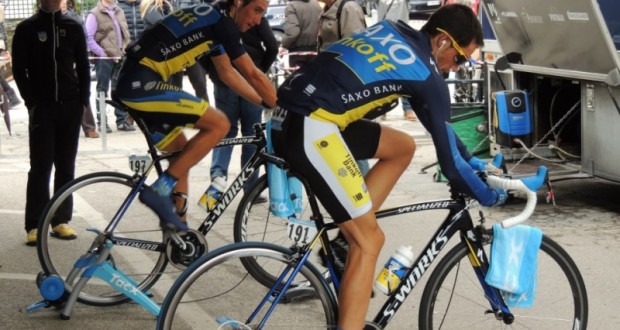 Our goal is to help Alberto win

What does it mean for you to participate in the 100th Tour? It is a nice figure but it is more symbolic for the organizers and spectators than for the riders. We are just going to take it like any other edition of the Tour. Everything is expected to be spectacular but I don’t think it is going to affect the race itself. What are the team´s and your ambitions? The team´s and mine are the same. We are going to work hard to help Alberto get the best possible result, preferably the overall victory. We all have this only goal, have known it for a long time and have worked toward it. You have always ridden the Tour as the captain. Do you see any problem with that? Not at all. When you are a part of a team where there is a rider like Alberto there cannot be any other leader. He is the best of us so it is obvious that we will support him. Do you know what your task will be? We have received some written instructions and this evening we are going Are you OK with the role of a lieutenant? It is no novelty for me. The roles were assigned at the beginning of the season. I was given my chance at the classics and the Tour de Swiss. What have you managed to do on Corsica so far? I arrived here on Wednesday evening and I must say it was not easy to get here. On Thursday we underwent some medical tests, attended a press conference and went out for a ride, practicing for the team time trial. Then I had a massage, the team meeting, dinner and team presentation. Today we will head out for a spin and after that we will relax until the start of the Tour. Did you like the presentation? What I found interesting was the part when every team arrived on a small yacht. Then we got on our bikes and reached the podium. A big crowd of spectators turned up even though it is not easy to make it to Corsica these days. What do you expect of the opening stages on Corsica? The first stage could be quite peaceful but the other two might be really hard. The terrain is quite lumpy and there are many narrow roads. There will be a great risk of falls.